This will probably be my last post from the road, but who knows what the future holds. We are leaving Big Bend this Monday the 17th. For many reasons we have decided to head back to Albuquerque. The main reason is we are expecting a granddaughter February 4th. This will be our first grandchild and we, especially Sherri, are having a hard time being away from all the events which surround the birth of a child. There are showers to attend, cribs to buy and of course clothes to look at.
We also realize that we are starting to get claustrophobic living in the RV and began talking about the virtues of having a home. I think we both enjoy having roots and feeling like we are a part of a community. I am not in any way saying we haven't had a great time over the past two years; plus we have learned a lot about ourselves and each other. Both of us are glad we had the opportunity to RV and  we might give it another shot in the future.
Well, that's enough philosophizing - let's move on to what we have done in Big Bend. Last week we left the park for the first time since we arrived.  Right outside the park's western boundary are the very small towns of Study Butte and Terlingua. In Terlingua we visited the very old portion which is referred to as a ghost town even though people still live there, or maybe they have re-populated.
Our first stop was the Terlingua Trading Company which is an old building with many rooms and many funky items for sale. 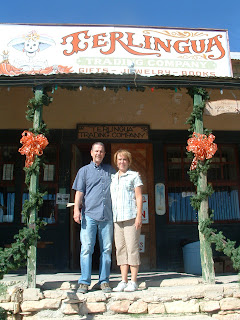 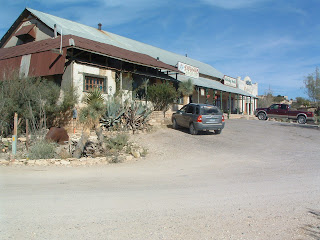 There is a short walking tour of the Ghost Town which was a booming mining town from the early 1900's until the 30's. The church Saint Agnes was the most interesting building and the best preserved. 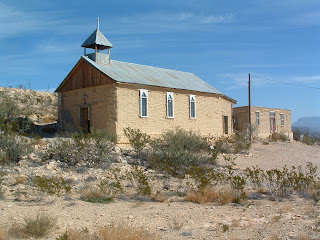 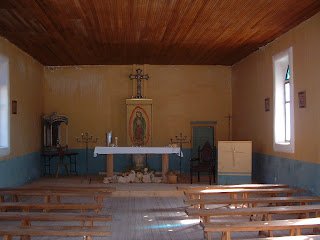 The Starlight Theater, next door to the Trading Company is a big attraction after 5:00PM. 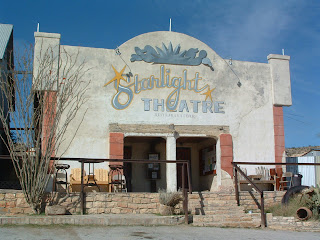 Down the road a short ways is the cemetery, most of folks buried here are from the old mining days, but there are some recent headstones. 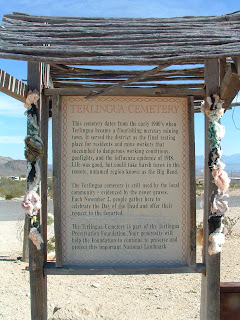 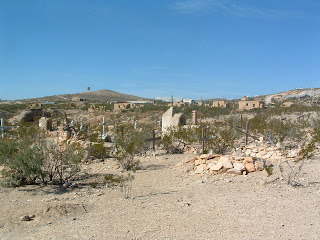 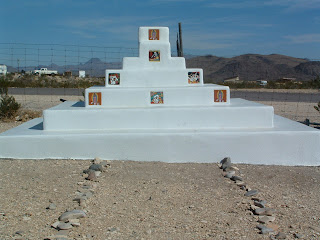 After the ghost town we took a 15 minute drive to Lajitas which is a resort community right on the river. It is very incongruous to have this resort in the middle of nowhere, in the middle of the desert. I'm not sure how well they are doing - we did not see many people around. 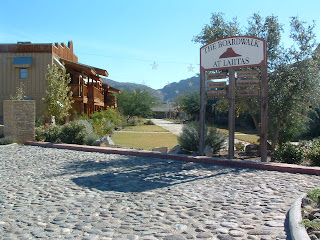 We headed back to Terlingua for some good Mexican food at Rio Bravo and finished up grocery shopping at a little market. On the way back into the park I stopped for an interesting landscape photo. This part of Big Bend is known as the Badlands. 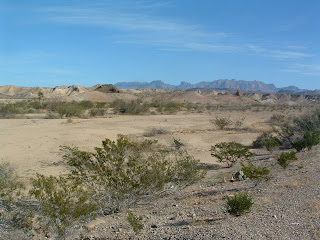 We will be in Albuquerque by next Tuesday and the RV part of our Excellent Adventure will pause/end, and a new adventure will begin.