Well we did it; sold the house and everything in it. It's been a crazy few months. Let me put it in a time-line: About May I said to Sherri we ought to sell everything and hit the road. At that time we really didn't know what that meant. Sherri wanted more than bumming along in a pickup truck, so we started looking into a trailer of some type and in late August we purchased a 5th wheel. We now needed a truck to pull the 5th wheel, in late September we found a 2009 F350 that will tow the 5er.
We put the house up for sale on October 15, right before Christmas we had a deal and closing was set for January 13. We had little time to sell everything and pack up. Too say the least it was a crazy three weeks, we had two estate sales, gave a lot to Amy, put some in storage and Big Brothers did pretty good.
Now we are getting ready to hit the road. We are staying with Sherri's mom, getting the 5th wheel ready, and taking care of stuff at work We plan on moving into an RV park on March 12, to get used to living in the RV and heading out around April 3 to an RV rally in Tennessee and a Rendezvous in Arkansas. 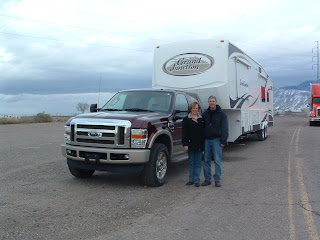 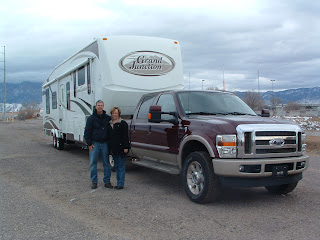 We hope you'll follow along with us and we would like to hear from all.
Posted by Rorik at 7:44 PM 4 comments: